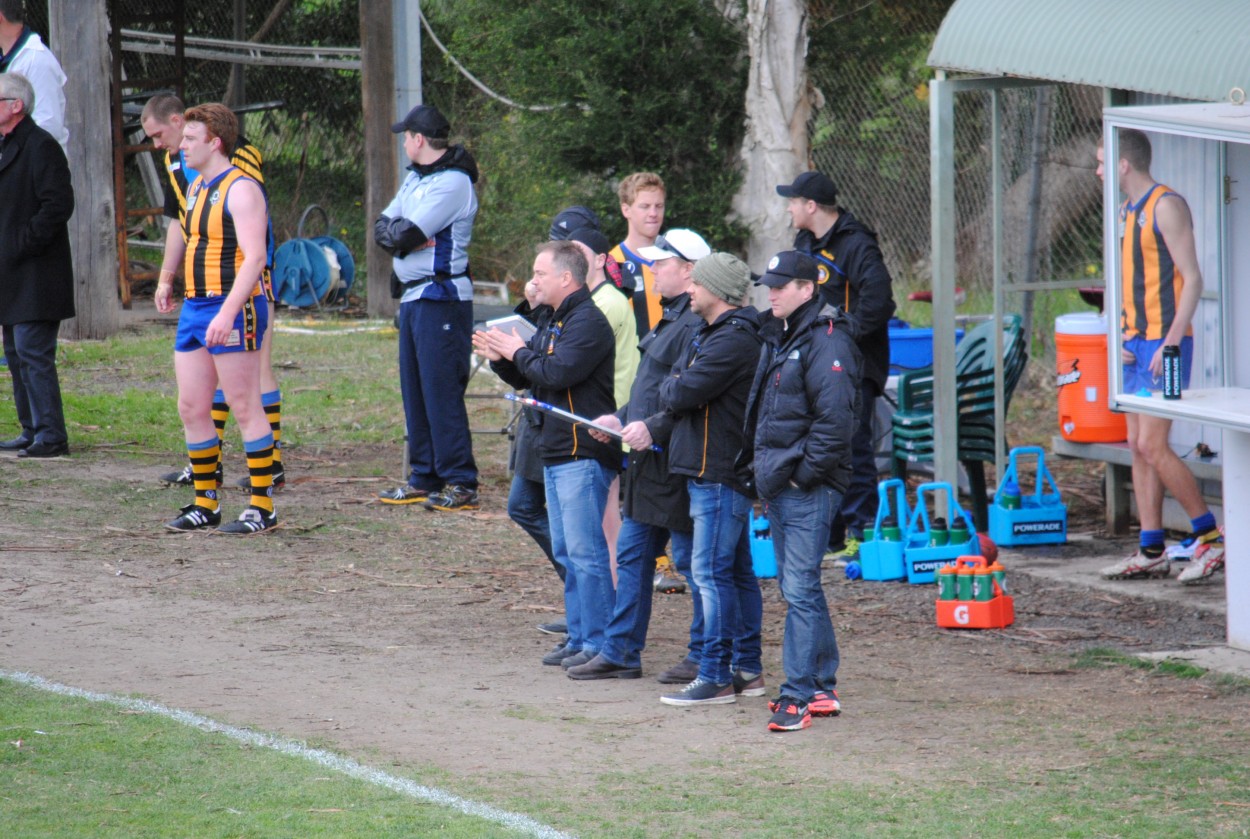 WHAT YOUR CLUB SAID THIS WEEK

St Bernard’s website after their 69 point win over Old Trinity
St Bernard’s turned the tables on their first round loss to Old Trinity with an emphatic display at ‘the Pit’ on Saturday. Kicking with the aid of the breeze in the first quarter, St Bernard’s took the early initiative with Tom Sullivan, Mitch Hannan and Adam Bentick doing well and Chad Jones and Tom Gleeson looking dangerous up forward. [Read More] Old Brighton match report after their 11 point win over Beaumaris
Old Brighton Grammarians, who couldn’t get near Beaumaris at South Road in May, produced their finest team effort of the season to register a courageous and emphatic 11 point victory at Banksia Street, where our recent form has been miserable. The match was especially crucial for the Tonners. A loss threatened to leave us out of touch with everyone, but this splendid win confirmed that we are a competitive chance against any Premier opponent when we play our best footy.  [Read More] St Bedes/Mentone Tigers match report after their 26 point win over De La Salle
The Tigers clinched a 26 point win over De La Salle to claim the La Sallian Cup at Brindisi St on Saturday! 7.12.54 to 4.4.28. [Read More] Old Xaverians match report after their 6 point win over Old Scotch
The day of football at Xavier College on Saturday was a successful one, with all 4 teams winning. This was an excellent effort as all games could have gone either way. The Seniors won 2 games in a row for the first time this season, with a solid performance against a quality opposition in Old Scotch. After a wasteful first quarter the Xavs lifted in the second quarter and although finishing the second quarter 5 points in arrears we looked the better team on the ground. [Read More] St Kevins match report after their 58 point win over Caulfield Grammarians
St Kevin’s bounced back from last week’s disappointing result to record a convincing 58 point win over Caulfield. Henry Parkes leading all scorers with five goals. [Read More] AJAX match report after their 32 point loss against Old Melburnians
AJAX Seniors were disappointing against Old Melburnians losing by 38 points and fell from 2nd to 4th on the ladder. Their next game against St Kevins who are now 3rd could determine whether they stay in the race for the finals. [Read More] Old Camberwell Grammarians match report after their 6 point win over Banyule
TRIFECTA AGAIN! The weekend saw all three teams victorious for the second time this year. Due to a lot of players on holiday, the Ressies in particular had to scratch around for some players and were rewarded with a list of veterans who donned the boots for what was an unfortunately very one-sided game against a club that is struggling this year. [Read More]  Oakleigh match report after their 92 point win over Ormond
Oakleigh played host to a triple header at the Krusherdome at Scammell Reserve on Saturday and celebrated with a nice three from three with all sides saluting. The seniors took centre stage next and in scenes reminiscent of the previous game, had 5 goals on the board before Ormond could settle and kick 2 before the quarter time siren. Any similarities between the two games ended there as Oakleigh stamped their authority on the game booting 4-5 to 1-2 in the second term to take a 39 point lead to the long break. [Read More] Hampton Rovers match report after their 69 point win over Marcellin
Hampton Rovers put last week’s disappointment behind them to record a convincing 69-point victory over ladder-leaders Marcellin at Boss James Reserve. The Rovers have defeated Marcellin on both occasions in 2014, also getting the job done by 52 points back in round two at Bulleen, they’ve dropped just one other game since then. It was a dominant display by the green and gold and coach Guy Martyn praised the back six, who restricted the visitors to just two goals for the entire game. [Read More] South Melbourne match report after their 12 point win over Old Paradians
A huge win for the club after letting the game versus Old Parade slip last earlier in the year. On a windy afternoon at South Melbourne, we had advantage of a 4-5 goal wind and made the most of it early, kicking 5 goals to 0 in the opening term. [Read More] Northern Blues match report after their 1 point loss to Albert Park
A resilient Albert Park have ended the Northern Blues Amateurs six-game unbeaten run following a nail-biting one-point win at Ruthven Reserve on Saturday. [Read More]