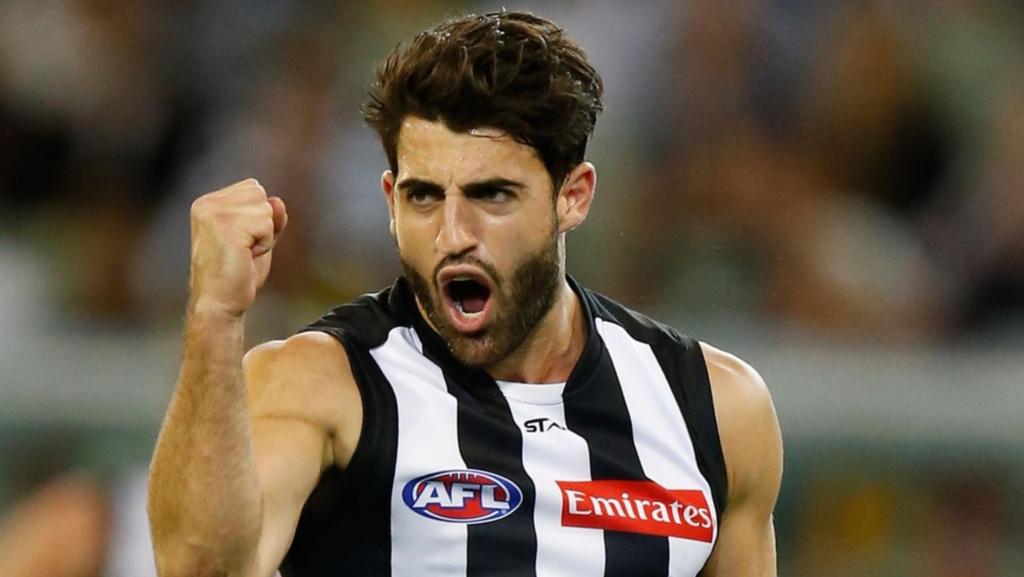 This week, unlike any other since the dark days of 2020, has felt like the return of footy.

Perhaps it’s the goal posts that are slowly being assembled at non-cricket venues, or the release of all senior men’s fixtures (with women’s coming in the next two weeks as team numbers are confirmed!), or maybe it’s the delight of seeing a Trinity and Big V star realise his dream of joining an AFL list.

Or perhaps it’s the footage emerging from Essendon’s practice match of the new ‘on the mark’ rule which is clearly not going to cause any ill-feeling, spectator abuse, or feedback from expert social media commentators. If 20% of people are on Twitter and 2% of those make 80% of the comments, the introduction of this rule at AFL level is about to trigger the greatest increase in Twitter engagement since that guy tried to get free chicken nuggets from Wendy’s.

Either way, it’s starting to feel real. Well, sort of.

What we know is that 2021 will be different. AFL Victoria protocols, which are regularly being updated to reflect state government regulations, will dictate how footy is played this year and we can expect some changes; BYO Allen’s lollies, less derrière slapping between teammates, and shorter shower times. The important stuff. Maybe we’ll now have a reason to not hear one word the coach says if huddles are outlawed.

What will never change is the excitement surrounding a VAFA season.

We’ll start with influx of ex-AFL talent that has entered the competition on the back of De La Salle’s recent announcement that Darren Minchington is the Dairy Bell’s newest inhabitant. The former St Kilda and Hawthorn forward is an important pick-up for the club as they look to bounce back in Premier B after winning just five games in 2019.  Reigning William Buck Premier champions University Blues have added the class of Alex Fasolo and Hugh Goddard to their star-studded list which includes last year’s addition, Jay Kennedy-Harris. Old Scotch will welcome back favourite son, Rupert Wills, while Matthew Suckling will take his premiership credentials to Ormond in Premier C. Ryan Schoenmakers (Old Xavs), David Mirra (Collegians) and Matt Dea (Uni Blacks) were others who came across for the 2020 season, and a full list of transfers will be released closer to the season.

Before I go any further, and while I’m writing about individual players, Old Peninsula has confirmed Shaun Payze will play his 400th senior game in Round 1. Stranded on 399 at the end of the Pirates’ 2019 campaign, every finger was crossed while awaiting the 41yo’s decision to play on. He’s already notched 1000 goals, so expect next level celebrations when he becomes just the second VAFA player to reach the magic 400.

Most will know the VAFA is administering a Masters competition in 2021 and we can now confirm the initial intake of teams in the highly anticipated over 35’s section are St Kevin’s OB, St Bernard’s, Oakleigh, De La Salle and Hawthorn AFC. With a few more clubs yet to be announced, the Masters is shaping as a popular prospect among the cohort of players next in line for veteran status, and we’ve even heard rumblings that a prominent breakfast radio host has expressed his desire to don the number 5 for the blue, green and gold.

Back to Hawthorn AFC, one of the most successful teams in recent VAFA history will ply their trade at the top of the Thirds tree this year. The Spartans, a force of Club XVIII that won flags in 2013, 2015 and 2016, have agreed to join the Premier Thirds competition against Old Xaverians, Old Melburnians, Old Scotch, Uni Blacks, Uni Blues, St Bernard’s and SKOB. This is the one to watch!

As we approach April 10, the VAFA season will ‘officially’ kick-off at the VAFA William Buck Season Launch. Old Camberwell and (let’s face it) Australia’s favourite MC, Nat Edwards, will return to the stage where she’ll be interviewing cricket prodigy, Old Brighton fan, and the man who gives Australian cricket supporters a glimmer of hope that our test team’s batting woes will soon be a thing of the past, Will Pucovski. If that’s not enough to whet one’s appetite, two Life Members will be inducted, Certificate of Merit winners will be recognised, and it’s all happening in the MCC Member’s Dining Room – a mecca for sports fans the world over.

From a media perspective, Monday’s announcement of the VAFA’s partnership extension with RSN 927 means continued coverage of the Association and its clubs on both digital and commercial radio. The world’s most listened to podcast (there’s no evidence to suggest any truth to that statement) is back and match day coverage will return to RSN Digital with the Pre-Game Show and Game Day Broadcast. We’ll have more news from the world of VAFA Media over the coming weeks – including this year’s Media Days – so stay tuned to VAFA.com.au and follow us on socials: @VAFA.HQ on Facebook, @VAFA_HQ on Twitter, and vafahq and vafawomens on Instagram.

For now, enjoy being back at pre-season, enjoy the return to footy, and if you are a part of the Twitter 20%, be kind.