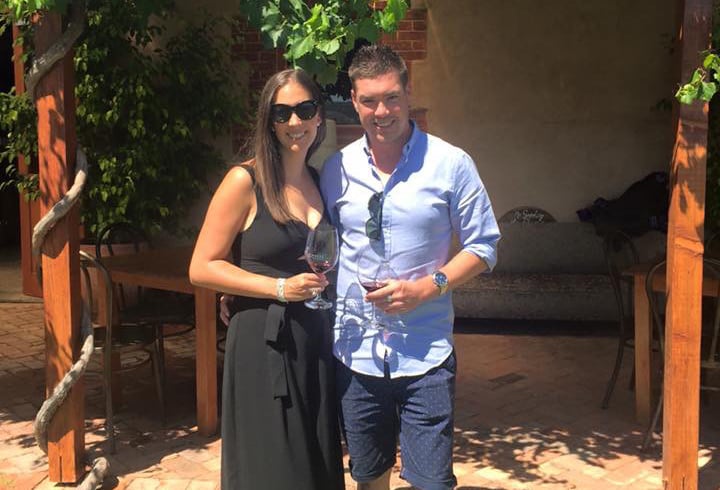 There’s a buzz down at Rathmines at the moment as the Hawthorn Amateur Football Club continue to build on the back of their Division 4 grand final appearance in 2014 and preliminary final last year.

VAFA Media had the opportunity to catch up with Club President, Pat Clancey, to find out what a key cog of the Executive indulges in during the holiday period and his current priorities with Hawthorn and impending nuptials.

Pat, you’re VAFA Media’s first President for these Q&A-based articles. How does a President approach an off-season? What kind of things have you been getting up to over the summer period?

The off season for me is first and foremost, a time to get away from footy for a couple of months and relax. You really need to take a break away from it to avoid burn out.

After the break though, it’s all go, go, go. Working with the coaching group and footy department to organise pre-season, implement a recruitment and retention plan, get the new members of the committee up and running, as well as attending pre-season training because for some stupid reason I’m still trying to get a kick.

We were lucky this year that all our coaches have committed for 2016 and we didn’t have to go through an interview process to fill those roles.

Personally, I had a couple of weeks down the coast of South Australia after Xmas at a place called Normanville with around 50 family and friends. This was the 29th year we’ve been heading down there as a big group so it’s a lot of fun. Not great for the liver though. I’m also getting married in March so helping to organise that has kept me busy.

2015 was a great season for Hawthorn, backing up their Division 4 grand final appearance in 2014 with a preliminary against the old nemesis West Brunswick. Is there a noticeable rivalry building between the two sides?

West Brunswick have been an outstanding Club for the past two years. Both Seniors and Reserves have made back to back grand finals with the Seniors, the ‘Giant Killers’, beating the undefeated side two years in a row, and the Reserves completing the Perfect Season last year. I think their Ressies have only lost about 4 games in the past three years. Amazing effort.

I think we have had a pretty healthy rivalry ever since they beat us in the 2002 Grand Final (D3). It has definitely become more noticeable in the last couple of years though. We’ve met in 6 finals matches in the past 2 seasons and obviously Westies have the upper hand there (with exception to the 2014 Reserves GF). Hopefully there is many more years of meeting in finals to come for us. They are a great suburban footy Club and their hot dogs are 9½/10.

Hawthorn had a sublime run of form in the second half of the home and away season, with seven straight wins allowing you to finish fourth. How would you rate your overall performance last year?

Obviously coming up a grade, the first goal is to avoid relegation. We were pretty confident of being competitive in Division 3, provided we kept most players fit. We knew we could be competitive against the top sides and that showed in our semi final win over Aquinas. I think West Brunswick and Emmaus St. Leo’s were clearly the two best teams in it last year but we have certainly built a good platform for 2016. Overall, we were pleased with our year having both teams make finals but premierships are what we are chasing.

Was the mid-season change in form due to a flick of the switch or changes of a more significant nature?

Unfortunately, we had a pretty tough run of injuries in the first half of the year but once we got everyone on the park, everything seemed to click. We also had quite a few new blokes last year which always takes a bit of time to gel and learn how each other play. We also lost a couple of key players so it took a bit of time for guys to get used to playing in some different positions to cover those losses.

If any, what the areas of improvement you’re hoping to see out of your boys in the coming season?

With less than three months remaining before the first bounce, what are the main priorities for a Club President at this stage of the year?

I’m a pretty hands on President so I’ve been working with the Treasurer to investigate some different suppliers for this season to help us save some money. We have invested in some new equipment, a washing machine, ice machine, counter top oven to enable us to serve roast beef rolls and a coffee machine. I’ve also been recruiting a couple of new trainers, phoning players, chasing sponsors, organising merchandise etc etc.

My number one priority though is the players. Making sure all the new guys feel welcome, ensuring we keep as many players from last year as possible and just generally making sure there is a good vibe around the place which I’m pretty confident we have at the moment.