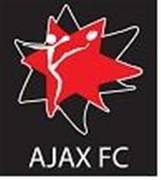 AJAX Football Club joined the VAFA in 1957 and have been one of the most well supported clubs in the whole competition since their inception. With a couple of runners-up finishes in their first three seasons the Jackers had progressed to Premier C, albeit without that most cherished premiership. They changed all that in 1966 when back in E Section, AJAX broke through for that first elusive flag. However it was their second E Section flag in 1975 that launched the club into their most successful period on field. AJAX backed up this flag with a runners up finish (losing to Old Xaverians) in D Section and the following year the club missed a third straight promotion when they lost the preliminary final to Parkside. It was deja vu for the Jackers in 1978 as they again went down to Xavs in the Grand Final, however the silver lining was the club had made it to B Section. 1979 was their most celebrated year to date, as AJAX went on to win the B Section premiership and reach A Section. The Jackers had climbed five sections in six seasons. AJAX had three years in A Section, the third year was thanks to Uni Blues being demoted on the eve of the 1981 season. Whilst the club hasn’t ventured back to Premier since then, they are on the right path. A Premier C flag in 2011 has seen a sustained run in Premier B, with the club on the cusp of breaking into the top flight again. At the start of 2017, the Jackas landed the highest profile senior coach of the off-season, with former Port Adelaide premiership coach Mark Williams taking the reins. It was also the same year their women’s team came over from the disbanded VWFL and formed one of the six teams in the inaugural Sunday competition. In 2018, the Jackas suffered relegation to Premier C for the first time in eight years.

*Won on a countback

Adam Andrews has been announced as the new senior coach of Ajax for the upcoming...read more

Anna Pavlou - @Annalyst_Sports Chelsea Fisher had a dream. In 2014, she a...read more

The VAFA congratulates Ward Williams from Ajax as he received the Round 15 Men's...read more

The VAFA congratulates Ajax midfielder, Ashley Krakauer, who has been named the ...read more

HQ NEWS | It's the coaching acquisition that has sent waves of excitement thro...read more

The Victorian Amateur Football Association has appointed Stuart Powell as the se...read more

AJAX star Adam Caplan can kick a deep ball. So much so, he launched a 50m drop p...read more

Welcome to the Premier B Season for 2015! If you believe the hype and noise out ...read more