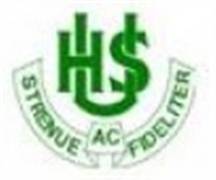 University High School Old Boys – Victoria University (UHSVU) came together in an alliance in 2002. Prior to this, the club University High School Old Boys had commenced in the VAFA in 1932 and has a proud history in the Association, although the changing demographics of the school and area surrounding Parkville had seen UHSOB struggle through the 1980s and 1990s. The relationship with Victoria University provided an immediate boost, with the club playing finals (Division 4) for the first time in two decades and they went on to win their first senior premiership since the 1970 C Section premiership. UHSVU were back in Division 4 before long but they did manage to win the 2007 flag at that level. The alliance can only be described as a success. The club has won two senior flags in just over a decade, doubling the haul of UHSOB from the previous 64 years. UHSOB started life in the VAFA in D Section in 1932 and despite finishing last in their debut season, the club responded by finishing runner-up to the all conquering Ivanhoe in D Section (1933) and again in C Section (1934). When World War Two forced the VAFA to cease competition in 1940, USHOB were in B Section, however the club didn’t manage to resume in the VAFA until 1948, by which time two seasons had passed. The club was re-admitted in D Section, and whilst UHSOB were able to climb the VAFA tables via runner up finishes, it took the club until 1960 to achieve their first taste of premiership success as they won the B Section premiership. 2017 was a most successful year for the club as they ended a nine-year run in Division 3 by claiming the Seniors & Reserves premierships, while also entering a team into Development Division 2 of the inaugural VAFA women’s competition. They backed up this flag with another in Division 2 in 2018, taking them to Division 1 for the first time in 40 years. Brandon Jackson produced an outstanding season and won the Fullerton Medal alongside the leading goal kicker gong with 78.

1932, the birth year of the Ormond Amateur Football Club and the University High...read more

UHS-VU is on the hunt for a new senior men’s coach after their two-time premie...read more

﻿ He won the Division 2 Fullerton Medal, led the goal kicking with 78 AND...read more

Baddeley, Sweeney hang up the boots

"It is with regret that we announce that George Murray passed away peacefully on...read more

By Nick Armistead UHS-VU/Flemington bought into the culture of a new regime a...read more